In summer, 2007, thirty-five theologians and practitioners from Asia, Africa and other parts of the world, met in Changseong, Korea to explore together the contribution of Ubuntu and Sangsaeng in relation to theology, life giving civilisation and ecumenism in the 21stcentury, underthe theme ‘Transforming Theology and Life Giving Civilisation’.

The term “life giving civilization” was a critical attempt to discredit the current “civilization” that brings death to humanity and the whole creation. This was a working term that will have to be fully replaced by a new one which is more organic, relational, and holistic cosmo-vision.

Several communities in Africa, Asia, Pacific, Latin America and the Caribbean have beautiful concepts that describe the good and transformative life which we are talking about because many of these communities are still propagating for a good and transforming life for all living things,the Earth and beyond.

Ubuntu is an expression of human relations lived in community and in harmony with the whole of creation (‘African anthropology and cosmo-vision lived in community’). Sangsaeng is an ancient Asian concept ‘of a sharing community and economy which allows all to flourish together’.In Latin America, there is SumakKawsay, a concept that is similar to Ubuntu in Africa and Sangsaeng in Asia. SumakKawsay is a concept that comes out of the cosmo-vision perspective of the Indigenous Peoples in Latin America about creation. It is an expression and praxis originating from the kichua traditional language of the Andes. “Sumak” means fullness and“Kawsay”, life,altogether meaning “well being”, “good living” or “integral quality of life for all”.

The expression is used as a reference to the model of development that implies an organized,sustainable and dynamic economic, political, socio-cultural and environmental system, seeking alternative of rupture with the postulates of the capitalist development including all human society and all the life forms that exist on earth. Suma Kawsay is tradition and realization in anon-going project pointing to cosmic community. This community is built on the principles of diversity, reciprocity, solidarity and equality. This expression, their practices and spiritualities can be in creative dialogue with Ubuntu and Sangsaeng.

Our challenge is sharing life, rather than &quot;giving life&quot; incorporates the processes of struggle and creation of alternatives to overcome all forms of sacrifice that for centuries subjected peoples,cultures, and especially women.Today, it is the time when a new Life-enhancing culture needs to be explored, reflected and lived out. It was also affirmed by the report of Changseong saying, “We believe that the challenge in the 21st century is to be life-centred, rooted in people’s struggle for life and justice, here and now. It will be characterized by convergence – convergence of philosophical, cultural and religious/faith visions and praxis for the sake of all life and in the service of life.”

One of clear awarenesses that is coming from Oikotree movement is that a new epistemology and methodology of theological thinking and theological education and training is urgently needed for churches and theology in order to respond enormous challenges of contemporary life-annihilating human “civilization” which is manifested in economic injustice,ecological destruction, the threat of Empire, and the escalation of religious conflicts today.

For new epistemology and methodology we understand: praxis concerned with awareness,emancipation and liberation starting from the popular classes and experience in relation to the whole inhabited world articulating instruments of criticism and creativity being able to create alternatives to societal arrangements, to modes of organization of work, relation with nature and education specially the dominant forms of production and use of knowledge. Ecumenism is part of this praxis as a statement of faith and capacity for dialogue with all inhabited world beyond the confessional and corporate forms dealing with mere survival of Christianity and capitalism.

In the shifting conceptual understanding about the meaning of life by people in the margins,Christians are presented with the privilege and responsibility to formulate an alternative expression of Christian faith constructed around:

This challenge requires a new theological thinking and a new theological formation, education and training based on a new cosmo-vision and perspective like Ubuntu, Sangsaeng and SumakKawsay. At the Oiktree Global Forum in Anoldshein, 2010, it was agreed that one of the focuses of Oikotree Movement was to facilitate a theological education and formation movement through Oikotree Roving Faculty. This mandate was further developed by the OikotreeFacilitation Group (OFG) meeting in Frankfurt right after the Oikotree Global Forum and adecision was made to organize a Oikotree Roving Faculty in different regions every two years and a global institute when some of the regional processes bear fruits.

For implementing this vision, a small scale meeting of Oikotree Roving Faculty was held in August 2012 for brainstorming possible curriculum for Oikos Theological Education and Training, involving some theological teachers and activists from different part of the world. The brainstorming workshop was held in conjunction with the Oikos summer school 2012 which is annually organized by the Oikos Theology Movement.

After having brainstormed, together with experiences from the Oikos Summer School, the following idea has been developed:

During our meeting as the Oikos Sophia Praxis(OSP) Roving Faculty of the Oikotree Movement, the key question was as to how we commit ourselves to re-membering the wisdoms of indigenous faith traditions throughout the world for the work of dismantling systems of evil that produce various conditions of injustice. As initial inspirations of this work, the indigenous cosmo vision like Ubuntu in Africa and Sangsaeng in Asia and SumakKawsai in Latin America have been recalled. The group strived to pull together the spiritual wisdoms of various regions.In the spirit of this commitment, the following curriculum has been developed as the first attempt.

The realm of the spirits in the worldviews of indigenous peoples has not been understood by modernity nor has it been central to the modernist forms of knowledge.

The distinction between the material and the spiritual is not dichotomized in Indigenous thought of Spirituality. Indigenous Spirituality is not dualistic but unitive as life is perceived and celebrated in its wholeness. The application of this well-known indigenous view of life will emphasize the following forms of knowledge construction:.

The modernist discourse of knowledge is calculative, dualist and abstract. The Modulewill need to critique the dominant paradigms especially the neoliberal forms of knowledge which are not only ideologically driven but violently imposed on peoples

who have lived for centuries with their own forms of indigenous knowledge. The themes below are suggested as areas the module could focus on to engage the contest of the paradigms at play between dominant one and the indigenous one .

The theme is an attempt to totally move away from learning processes that place cognition above experience, immersion, presence of the body in the construction of knowledge. It is a paradigm of learning which cascades from an integrated value system distinct and in opposition to abstract forms of knowledge creation

0.4. Introduction to an eco-analytic approach

The emphasis on “eco” is derivative of an understanding of life as integrated and whole thus an application of the Foundational Modules precepts in the analysis of the fields identified below:

Whether these or other modules are covered, we hope that each module will adequately providea critical descriptive history of old, hegemonic paradigms, descriptive of new paradigms through an applied approach, and connecting the various modules between one another.

We need to work to develop and share this curriculum through gatherings of students and teachers from various traditions and professions. Specifically, we should bring together respected practitioners of various indigenous faith traditions in all regions – especially practitioners of theses faiths and Christianities who are committed to social justice and working in social movements, churches (i.e. local and denominational), the ecumenical movement, and the academy (i.e. religious, other disciplines, and interdisciplinary). The workshop will be apprenticeships whereby we gather knowledge about indigenous spiritualities and connect practitioners of these spiritualities for the purpose of rebuilding the earth-oikos in ways that are life-enhancing and sustainable for all creatures. Through these gatherings, participants will be invited to share papers and/or annotated “bibliographies” of various resources. 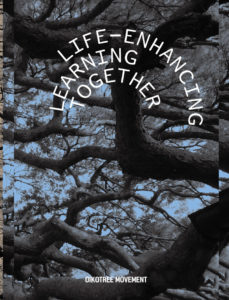