Deprecated: The $control_id argument is deprecated since version 3.5.0! in /customers/f/8/d/oikotree.net/httpd.www/wp-content/plugins/elementor/modules/dev-tools/deprecation.php on line 304
Skip to content 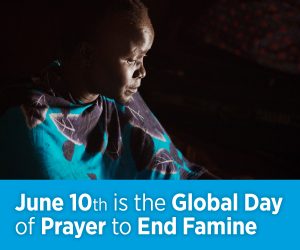 In this context the World Council of Churches’ Ecumenical Advocacy Alliance invites  global ecumenical partners, faith communities , concerned organisations,. communities and individuals to dedicate a day to pray in unity to end famine, considering particularly the famine catastrophe in the Horn of Africa and elsewhere in the globe.

The hungry are of special concern to God for it is on their behalf God will ask us: “Did you feed me when I was hungry?” (Matt 25: 35-40). “Have you fed me? is not a call to respond philanthropically but to respond as an issue of justice. As Nelson Mandela says, “Overcoming poverty is not a task of charity, it is an act of justice”.  And as Jimmy Carter observes, “. . . we know that a peaceful world cannot exist one-third rich and two-thirds hungry”.

So, according to Oikotree: poverty, hunger, starvation, and famine are justice issues.  Therefore, Oikotree invites all its members and the global communities to observe this day as a time to spread the news abroad that famine is a justice issue and we need to combat such unjust elements and eradicate hunger from the world the God has placed us in through our missional and ministerial interventions.

Let us remember the communities in the Horn of Africa and elsewhere who do not have enough to eat and live. Let us commit ourselves to promote food-justice by working with the communities and the States to develop just-distributions policies.

Please visit https://www.oikoumene.org/en/press-centre/news/wcc-calls-for-global-day-of-prayer-to-end-famine for more details and to download worship and prayer resources.

We encourage all to join this campaign.