STANDING WITH THE FARMERS STRUGGLE

Number of Participants – 37 from 15 States and 1 Global

With reference to the Zoom meeting held on 8th December 2020 in solidarity with Farmers and on the day National Bandh was declared by Farmers Movements in India, we the OIKOTREE INDIA 37 members from 15 States representing several movements, activists, CSOs met virtually and deliberated in detail on the pros and cons of the three Farmers Bill introduced by Government of India and in solidarity endorse the following Statement to be shared to the farmers movement leaders, the media and other solidarity groups.

Standing with Farmers in Solidarity by CSOs

Farmers from several Indian states are protesting against three new Agriculture Reforms Acts, that the government says will open up the tightly-controlled agriculture sector to free-market forces. It is claimed that the bills, passed by India’s parliament make it easier for farmers to sell their produce directly to private buyers and enter into contract farming with private companies. The government suggests that private sector investments will stimulate growth. The Union government says the ordinances are pro-farmer and will provide barrier-free trade for farmers produce outside notified APMC markets (Mandis) and empower farmers to enter into farming agreements with private players prior to production for sale of agri-produce. The farmer unions opine that the ordinances will not only phase out the MSP and the traditional APMC market system but will also be disadvantageous for the small and marginal farmers. Besides the farmers, the commission agents fear that the new laws will bypass their business and they will be rendered jobless.

Interestingly, the farmers want the Mandi system to remain intact, albeit with appropriate reforms due to a variety of reasons. The biggest fear which is haunting the farmers is withdrawal of the MSP and procurement by FCI. They say farming is no more a profitable vocation and if MSP is withdrawn they will not be able to survive as real crop value will not be realised. The farmer unions have expressed the apprehension that by allowing contract farming agreements, the big players and companies will control the farming which will harm the small and marginal farmers. They also fear that the lack of procurement would affect the PDS system that would lead to reduced food security, pushing the country’s hunger index to even lower levels than it is.

The other reason of the farmers is that in the present system they are able to avail hand-loan finances from the commission agents to sow the crop and return it when the product reaches the market (mandi), as the banks are hesitant to lend money to the poor farmers and moreover it is a laborious process to avail loans from the banks, hence they mainly depend on the private money lenders and these commission agents.

The farmers fear that once the private markets are established, the traditional APMC (Mandi) markets will be diluted and made defunct. The farmers will have to depend on corporations and private firms. The bill relating to commodities aims to remove cereals, pulses, oilseeds, edible oils, onion, potatoes and other essential commodities from the list of essential commodities. It provides for deregulation of production, storage, movement and distribution of these essential food commodities.  Big companies will have the freedom to stock commodities – it means they will dictate terms to farmers which may lead to less prices for the cultivators, while at the same time encourage hoarding which will push the prices to the consumers higher. The 3 Acts undermines the food security concerns, particularly of the poor. For decades, farmers found themselves driven deeper into debt by crop failures and the inability to secure competitive prices for their produce. Finding themselves unable to cope, many have resorted to taking their own lives, the new laws would only exacerbate this situation.

“These ordinances will cause irreparable damage to farming and food security in the country.  The farmers are already stressed and are committing suicides every day. These  3 laws will destroy agriculture and hike the food costs and destroy the PDS, thus food security and increase in hunger.  The farmers are demanding complete withdrawal of the Farmers’ Produce Trade and Commerce (Promotion and Facilitation) Act 2020, the Farmers (Empowerment and Protection) Agreement on Price Assurance and Farm Services Act 2020 and the Essential Commodities (Amendment) Act 2020. Farm laws are to open floodgates for total corporate loot of Agriculture.

We the Civil Society and the members of Oikotree India stand in solidarity with the Farmers and their rightful demands and we urge the government to immediately repeal the three farm bills which are against and threat to the farmers survival, their culture and agriculture as well as affect the food security for the poor and food sovereignty of the farmers. We also condemn the inhuman and undemocratic way of treating the farmers and their rightful struggle to protect all our lives who feed us every day and all day.  No Famers No Food, In Solidarity. 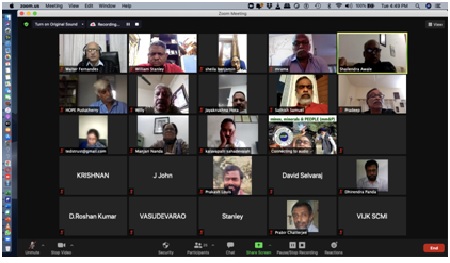 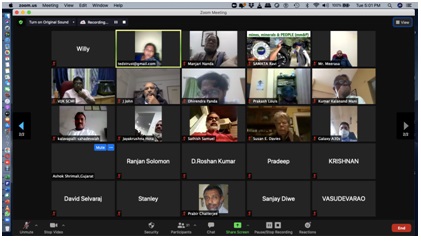 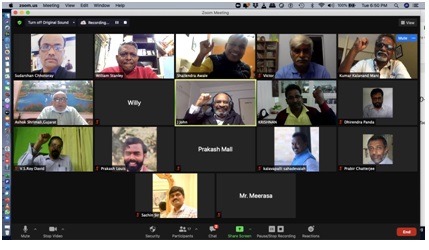