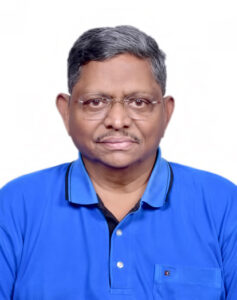 William Stanley, announced as the first ever General Secretary for Oikotree – Global Movement

Oikotree is a global ecumenical movement initiated by the global ecumenical fora Council for World Mission, World Council of Churches and World Communion of Reformed Churches to knit the peoples movements around the globe ecumenically, politically and spiritually. He has been working with several peoples’ movement globally, regionally and domestically.

William Stanley an Indian activist who works with the socially, religiously, politically, economically and culturally excluded and marginalized communities in India over past five decades.  Stanley is known for his grass-root activism. Presently he serves and the convener of Joint Struggle working group of Oikotree. He facilitated several solidarity, study and fact-finding visits on geo-political and ethnographical issues around the globe. He accompanies several peoples’ movements who struggle for justice, life and future against the empires.

Rev. Prof. Dr. Seong-Won Park says, Stanley is a well-fitting activist for this position and will infuse a new thought process of knitting and strengthening the solidarities and cooperation of grass-root peoples’ and ecumenical movements around the globe.

The members of the Oikotree Officiating Group said, it’s a well-earned recognition for both Oikotree and Stanley to the new post as the first General Secretary and extended their cooperation, support, solidary and best wishes to the new office.

On behalf of the Oikotree